As Scrape. do, we have discussed both web scraping and API methods in this article for our valued users. We guarantee customer satisfaction with our expert staff! Do not forget to review our website for detailed information. 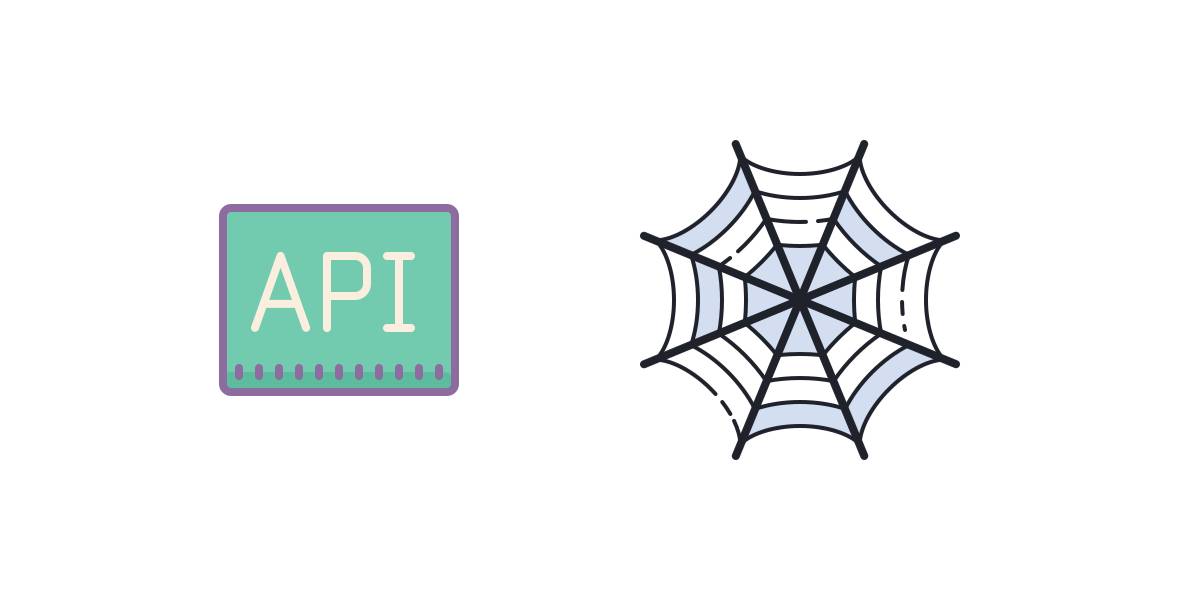 Web scraping and API methods are extremely useful and popular methods that companies use to extract data today. As a result of both methods, data is obtained. Companies can use this obtained data both to compete with their competitors and to maintain their existence.

As Scrape. do, we have discussed both web scraping and API methods in this article for our valued users. We guarantee customer satisfaction with our expert staff! Do not forget to review our website for detailed information.

What We Need to Know First: What Is Web Scraping and API?

Before we talk about which one is better and more useful in which areas, it would be useful to define and distinguish these concepts from each other. Let's first say what is web scraping and define this concept.

Web scraping is the name given to the process of extracting data from one or more websites for specific purposes. Web scraping can be done for different purposes and in different formats. Fast, reliable data extraction can be done in direct proportion to the technical knowledge of the person performing the scraping process. The extracted data is generally used by companies for purposes such as obtaining information about the customer base, conducting market research, following up on financing and investment businesses, and keeping the value of the company growing and maintaining its value. Web scraping is a completely legal process. Today, it has become a method that almost every company that tries to keep up with the times uses and then benefits from.

Learn what you can get by benefitting from web scraping.

We have tried to make the definition of web scraping as concise as possible above. Now let's define our other concept, the API.

The concept of API, which is the full version of "Application Programming Interface), is still very important, even if we do not come across it until web scraping. Basically, we can say that it is a set of communication protocols that allow access to the data of an operating system, an application, or different services. In general, the API is made to allow the development of different applications that use almost the same data.

The API system was developed in the 1970s and began to be used more actively in the early 1990s. In general, we can say that an existing application presents functions and information that are not within its own body to the users through the API included in its compounds, from the application that is the source of the information and functions in question. E-commerce platforms, one of the most well-known examples today, need APIs for processes such as adding products, receiving orders and payments, e-invoices and accounting.

Our First Comparison: How Do They Work?

Programs in web scraping extract content such as images, videos, or text from a public website and store it in a data file format. For this situation, the analogy of taking a photo of a website and analyzing the different elements in the image is made. In addition, web scrapers can analyze multiple websites and scrape data simultaneously.

Unlike the web scraping method, the API creates an automated data pipeline between the requester and the website, targeting a specific part of website content. Data can be pulled automatically or optionally manually. Both the receiver and the website take an active role in the API method.

Now that we've explored and understood what the concepts of web scraping and API are, let's talk about the differences and similarities between them.

Both methods have their advantages and disadvantages. However, there are some things we can say in general. The web scraping method is newer and more user-friendly than the API method. It is not limited and paid like API.

We talked about what the methods are. Although both methods have different ways in themselves, it is useful to remind that they have advantages and disadvantages against each other according to the wishes of the user. But which method requires less technical effort? Let's explain this issue.

APIs generally require the user requesting the data to create a custom application for the data query. In contrast, there are many external tools for web scraping that require relatively less technical knowledge. For example, there are web scraping extensions that you can install on your browser. Let's go into a little more detail.

APIs require you to create custom code that specifies the data you need, including your access keys. Unlike this, building a web scraper completely from scratch is also an option, which also requires good technical knowledge. But compared to API, there are web scraping tools that allow you to scrape data from one/several websites without the need for your coding skills. There is a case where websites in general have basic structures that web scrapers can recognize. This is because websites need to be scraped to be indexed by search engines.

An Important Point to Mention: Legality

Today, companies intend to move away from traditional methods and obtain their data much faster and more reliably. This is one of the greatest requirements of our time for companies to grow and maintain their value.

Companies use the data extracted from their websites to compete with rival companies, maintain their existence and create customer bases. Web scraping is mostly the first used data acquisition method today. However, in some cases, if web scraping is not possible or sufficient data cannot be obtained by web scraping, the web scraping + API method can be used.

If you want to obtain data on behalf of your company by using the right methods in the right places, we are here for you as a scrape.do with an average response time of 10 minutes! If you are not sure which data acquisition method you need, be sure to contact us. We guarantee customer satisfaction with our expert staff!