In this article, we gave you some tips to tell you how you can use web scraping legally and ethically, and we also talked about the latest legal situation by country with a short summary of web scraping cases 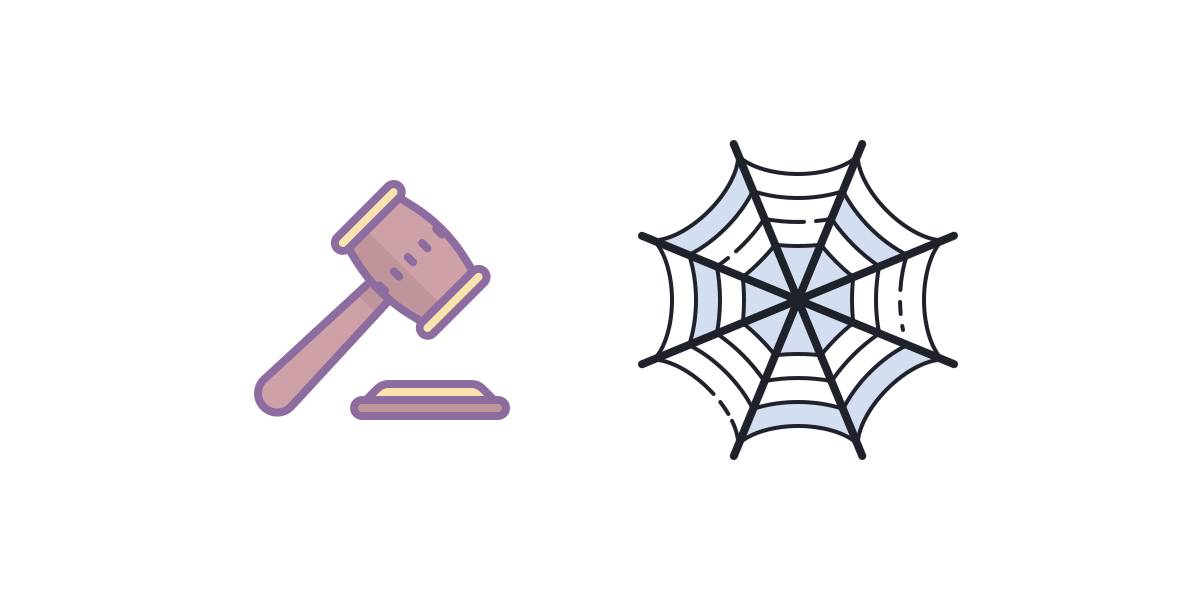 If you're a web scraper, you've probably already learned how web scraping can benefit you. If your website is included in a web scraping project, you've also had the experience of getting angry at the bots that consume your traffic and your information that helps others thrive. Since web scraping seems to only benefit the scraper, many different questions have been raised. Is web scraping legal? Can we do web scraping for special purposes? Is web scraping an ethical act even if it is legal? Does web scrape damage your business's reputation?

In this article, we gave you some tips to tell you how you can use web scraping legally and ethically, and we also talked about the latest legal situation by country with a short summary of web scraping cases. You should not forget that each piece of information we will talk about in this article is purely for informational purposes and should not be considered legal advice.

While running web scraping projects and scraping a website is superficially legal, scraping is not something companies want. If websites can show that scraping by a bot has damaged that website's infrastructure and operations, it will be found illegal by the court. In this section, we have collected many cases in which many courts are in favor of scraped websites. Before examining these cases, businesses should also know that unless there is an overarching law, they cannot get results like the cases we describe below.

What are the Latest Regulations for Web Scraping by Country?

While there is great uncertainty about whether web scraping is legal yet, in this section we will go over with you how the United States, European Union, the United Kingdom, and China regulate web scraping.

One of the first and most important things to consider when using a web scraper is that you often have to repeatedly query a website and potentially access a large number of pages. For each of the pages on this website, you must send a request to the server hosting the website, have the server process your request, and wait for it to send a response to the computer running your code. In response to each of these requests, the web server does nothing but respond to someone else trying to access the same site, so the resources on the server will inevitably be consumed slowly.

If you send the same type of request more than once in a very short time, you can prevent other normal users from accessing the website during this request submission. You may even cause the webserver to run out of resources and crash, which is an extremely effective way to hack a website. In fact, some hackers even perform an intentional Denial of Service (DoS) attack.

Although DoS attacks are extremely common in the internet environment, modern internet servers also have some measures to prevent the illegal use of resources in this way. It's also worth mentioning that these modern servers are warier of large volumes of requests from a single computer or IP address. These web servers' first lines of defense usually consist of rejecting requests from that IP address.

Even if the web scraper you are using is used for legitimate purposes and you do not want to crash a website, it is possible to engage in similar behavior. If you don't do web scraping carefully and don't respect the existence of the website, you could get your computer and IP address banned from accessing a website.

You Must Respect the Intellectual Property of Others

As we told you before, in some cases web scraping can be extremely illegal and the penalties you will receive are not to be taken lightly. However, you should keep in mind that this situation may differ from country to country. If the terms and conditions of the website you want to scrape are such as to prevent its content from being downloaded and copied, and you scraped that website, you could be in serious trouble. In addition, as we explained in the previous section, you can use web scraping practically if you do not disturb the regular use of the website and if you take reasonable care of the website. However, if you scrape and use data from the website without permission from the copyright holder, you are in breach of copyright law.

From a different perspective, web scraping is not much different from using a web browser to visit your website. You just use computer software to access publicly available data on the Internet, which is a scraper versus a browser. In addition, people who want to do web scraping need to be more careful and aware of the risk, as most laws see web crawling as very different from automated web scraping.

In general, if the data you want to use is public, that is, if the recorded content is not the kind of content that is behind a password-protected authentication system, you may be able to scrape the data without breaking the standard use of the website. The situation you could potentially be blamed for is whether the scraped data will be shared again. If you have completely downloaded content from one website and posted it on another website, unless this is expressly permitted, you are infringing copyright.

Web Scraping Code of Conduct in General: Rules to Follow for an Ethical and Legal Web Scraping

If you want to create a legal and ethical web scraping project, you can ask the site owner to share the data, avoid downloading copies of documents that are not openly public, check your local laws, refrain from illegally sharing your downloaded content, share it with others if the data you have obtained is public And you can stay away from DoS attacks on websites. If you follow the rules listed below, you will be running a legal and ethical web scraping project.

Scrape.do is an affordable web scraper service provider that builds the best custom scraper applications for any use case. With our innovative technology, we can scrape the data for your website, or even an entire network of websites. We have over 1000 satisfied customers and use cases from companies like Amazon, Facebook, eBay, etc. You can be assured that our service is totally ethical and legal. Contact us now!

See about web scraping protection and the best solutions!